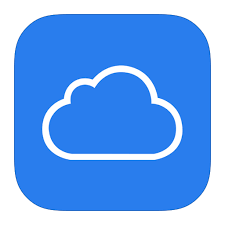 “Google Cloud and Cisco are committed to meeting customers wherever they are in their journey to the cloud,” said Diane Greene, the CEO of Google Cloud, in today’s announcement. “This partnership enables developers and IT departments to seamlessly take advantage of the most open, secure tools for building modern applications in a hybrid environment.”

As with so many partnership announcements, especially in the enterprise space, the companies remained pretty vague as to what exactly their combined solution will look like, but both Cisco and Google told me that the general idea here is to help bring the power of the cloud to their customers’ on-premise environments.

Both teams stressed that a multi-cloud solution for enterprises must include support for the security, configuration and policy requirements of enterprises, as well as the ability to get real-time networking and performance data.

“You want to carry your networking and security capabilities with you,” Fabio Gori, the senior director for cloud solutions marketing at Cisco told me. “You want to be free to use microservices wherever they are — whether that’s on-prem or in the cloud.”

Google also noted that Apigee, the API management company it acquired last year, will be the glue that will allow legacy workloads to connect to the more modern applications that developers will bring to this solution. Indeed, both Gori and Google Cloud’s head of global technology partners Nan Boden told me that it’s important for both companies to ensure that their solution supports legacy applications.

For Cisco, that meant optimizing Kubernetes for its data center tools and to allow its users to use its existing services in concert with this new solution. Teams from both companies already spent the last few months working on the tech behind this new partnership and the plan is to roll it out to a limited number of customers in the first part of next year, with general availability planned for the second half of 2018.

What’s maybe more important than this partnership itself, though, is that we’re clearly seeing Google’s plan for Kubernetes in action here. The company has long struggled to make a dent in the enterprise cloud market. Partnering with large enterprise organizations like Cisco is one part of its strategy, but Kubernetes and containers play an even larger role, because they make it almost trivial to move workloads between clouds (assuming you data gravity isn’t holding you back).

That’s something Mirantis founder Boris Renski also noted earlier this week. “Just like Android was not mainly about Google’s own mobile phone ambitions, Kubernetes is not about making GKE popular,” Renski wrote. “Kubernetes is about seeding the industry with open source standards for application development and operations that aim to disintermediate workloads from a specific IaaS provider.”