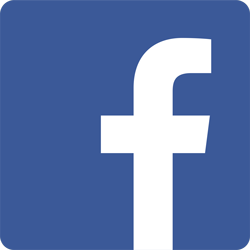 Facebook expected to present testimony on Russian content on Tuesday, after three Trump aides indicted as part of inquiry into interference in 2016 vote.

Russia-backed content reached as many as 126 million Americans on Facebook during and after the 2016 presidential election, according to the company’s prepared testimony submitted to the Senate judiciary committee before hearings this week.

Facebook believes 120 fake Russian-backed pages created 80,000 posts that were received by 29 million Americans directly, but reached a much bigger audience by users sharing, liking and following the posts.

The social network plans to disclose these numbers to the Senate judiciary committee on Tuesday, according to someone familiar with the testimony.

The tech giant’s testimony will follow dramatic developments in the investigation into Russian interference in the election by the special counsel, Robert Mueller, with three indictments, including two top Trump campaign aides.

In a day of rapid and surprising developments in Washington on Monday, George Papadopolous, the former foreign policy adviser, was revealed to have pleaded guilty earlier this month to lying to FBI investigators over his contacts last year with two people with apparently close ties to the Russian government.

Meanwhile, Trump’s former campaign manager, Paul Manafort, and a business associate, Rick Gates, pleaded not guilty to an indictment for money laundering, tax evasion, failure to register as agents for foreign interests and conspiracy to defraud the US government.

After appearing before the judiciary committee on Tuesday, representatives for Facebook, Google and Twitter will testify before the Senate and House intelligence committees in back-to-back public hearings on Wednesday. Both intelligence panels are conducting separate inquiries into Russian meddling in the US election.

Colin Stretch, a lawyer for Facebook, will explain on Tuesday that Russia’s Internet Research Agency posted the material between 2015 and 2017. The posts spread widely, although many of those 126 million people may not have actually seen the material.

Although 126 million people is equivalent to about half of Americans eligible to vote, Facebook plans to downplay the significance at the congressional hearings.

“Our best estimate is that approximately 126 million people may have been served one of their stories at some point during the two-year period. This equals about four-thousandths of 1% (0.004%) of content in news feed, or approximately one out of 23,000 pieces of content,” Stretch says in his written testimony, obtained by several news outlets.

The discovery of Russian interference has, according to Stretch’s testimony, “opened a new battleground for our company, our industry and our society”.

Facebook closed the accounts and reported malicious actors tied to Russia to US law enforcement.

Such “organic” posts are distinct from more than 3,000 advertisements also linked to the agency. These ads, disclosed in early October, were viewed by up to 10 million Facebook users. Twitter and Google found similar activity on their own platforms.

Elliot Schrage, Facebook’s vice-president of policy and communications, said on 2 October that the advertisements appeared to focus on “divisive social and political messages across the ideological spectrum, touching on topics from LGBT matters to race issues to immigration to gun rights”.

Twitter and Google have also submitted testimony to US lawmakers.

Google, which has not previously commented on its internal investigation, said it had discovered $4,700 (£3,557) worth of ads with suspicious Russian ties as well as 18 YouTube channels linked to the Kremlin’s disinformation campaign. It also discovered Gmail addresses used to open accounts on other platforms.

Twitter has found 2,752 accounts linked to Russian operatives – more than 10 times greater than it had previously informed lawmakers.

Facebook and Twitter, though not Google, have publicly outlined steps they are taking to give the public more information about who buys and who sees political advertising on their site. The transparency initiatives are meant to bring the companies more in line with what is required of print and TV advertisers.

Their actions appear to pre-empt regulation. A bill unveiled earlier this month would require social media companies to keep public files of election ads and require companies to “make reasonable efforts” to make sure that foreign individuals or entities are not purchasing political advertisements in order to influence Americans.

In April, Facebook publicly acknowledged for the first time that its platform had been exploited by governments seeking to manipulate public opinion in other countries, including during the presidential elections in the US and France.

The company described such tactics as “information operations” in a white paper authored by the company’s security team, detailing well-funded and subtle techniques used by countries to spread misleading information and falsehoods in aid of geopolitical goals.

At the time, Facebook did not attribute the manipulation to any country, although it said that the company’s investigation “does not contradict” the findings of a January report by the US director of national intelligence that outlined Russian involvement in the election.

Facebook’s chief executive, Mark Zuckerberg, had previously dismissed the notion that the social network had an impact on the presidential race, describing it as a “pretty crazy idea” and saying that voters “make decisions based on their lived experience”.

In September, Zuckerberg expressed remorse for his earlier statements.

“After the election, I made a comment that I thought the idea misinformation on Facebook changed the outcome of the election was a crazy idea. Calling that crazy was dismissive and I regret it,” the founder wrote. “This is too important an issue to be dismissive.”

On Monday, a federal grand jury indicted Paul Manafort, Trump’s former campaign chairman, and his longtime business associate Rick Gates, on 12 charges that included conspiring against the US and money laundering.

In addition, George Papadopoulos, a former foreign policy adviser to Trump’s campaign, pleaded guilty to perjury over his contacts with Russians linked to the Kremlin.

According to court documents unsealed on Monday, Papadopoulos lied to the FBI about communications with an unnamed professor – identified by the Washington Post as Joseph Mifsud – who offered “dirt” on Hillary Clinton in the form of “thousands of emails”. Another of his contacts was a woman who described herself as “Putin’s niece”.

Manafort and Gates, who both pleaded not guilty in a federal courtroom in Washington on Monday, have also been charged with being unregistered foreign agents and failing to disclose lobbying on behalf of foreign governments that resulted in more than $75m flowing through offshore accounts.

Both men were placed under house arrest by a federal judge, who set bail at $10m for Manafort and $5m for Gates.