How two guys and an internet forum built a kickass computer 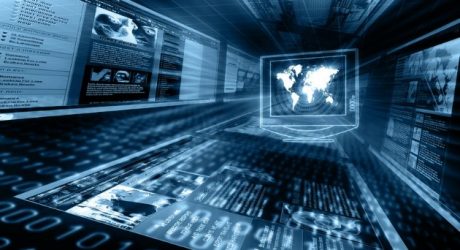 The China trip was only supposed to last 10 days. For Konstantinos Karatsevidis, the 23-year-old CEO of a new gadget maker called Eve, it was just a quick check-in to make sure production was rolling smoothly on his latest product. Karatsevidis and the rest of the nine-person Eve team have spent the last few years building the V, a laptop-tablet hybrid in the mold of the Microsoft Surface, working in remarkable concert with a teeming community of users and fans to create the exact product they wanted. All that was left to do was make it, perfectly, tens of thousands of times in a row. Which Karatsevidis learned is harder than it looks.

The 10-day trip stretched into a month and a half, during which Karatsevidis changed his flight home to Finland six different times. “I was living in the factory, basically, with the guys from my team,” Karatsevidis says. Day after grueling day, they’d sit with the workers on the assembly line, making sure every finish was applied with care and every part was connected just so. “We were just making sure everybody achieves the quality standard we want, because it’s very hard to communicate to the Chinese manufacturers that we want to make a nice device,” he says. Manufacturers see quality in measurables: how many times the kickstand opens before it breaks, how hot a temperature it can withstand. Karatsevidis knows users will measure quality by the texture of the fabric keyboard and the smoothness of the volume buttons.

Karatsevidis feels real pressure to get the V done, and get it right. Not just to appease the 4,208 people who backed Eve on Indiegogo more than a year ago, giving the company $1.4 million. Not for everyone else who pre-ordered, and has waited through months-long shipping delays. And not just for the 70,000 more who have signed up to be notified for Eve’s next flash sale.

Mostly Karatsevidis feels he owes it to the thousands of members of Eve’s online forum, who spent the last 18 months helping the team conceive of and build this thing. They decided the form factor. They picked most of the specs. They even chose the name. Eve’s product development doubled as a wild experiment in crowd-sourcing, in which Karatsevidis and his team let users design their ideal gadget and entrust Eve to build it. All those users, and some of the biggest players in the PC industry, are watching to see if Eve can turn a seemingly insane idea—asking a bunch of people on the internet for their opinions, and actually listening to them—into a killer product.

Back in 2012, when Karatsevidis was still a teenager, he met Mikko Malhonen at a poker table. Kindred spirits and fast friends, they talked late into the night about technology, the future, and their many business ideas. One held their attention: There were no good tablets other than the iPad, they thought, and maybe they could do it better. Or at least cheaper.

At first, Karatsevidis and Malhonen spent their time crawling Alibaba, looking for tablets they could tweak and sell. (Ever wondered why so many headphones look the same, or why every vape is just like every other vape? It’s because lots of companies find parts on Alibaba, slap their logo on them, and start selling.) But they wanted more control and flexibility, and since Karatsevidis knew a bit about manufacturing—his dad owned a company that made supplies for firefighters—the two dudes headed to China to figure out how to build a tablet.

Karatsevidis and Malhonen found a manufacturer at an electronics fair in Shenzhen that had a tablet design ready to go. They changed a couple of parts, named the device the T1, and started selling it on their website for $159 in late 2014. With a little press and some good reviews, Eve was off and running.

One thing about the T1 bugged Karatsevidis, though: Everyone had all these good ideas about how to make it even better. He’d find suggestions in comments, in forums, and in feedback from buyers. So Karatsevidis decided to steer into the feedback loop, and enlist all these ideas before they even started designing their next product. He and Malhonen knew they wanted to do something more ambitious, really makesomething rather than just tweak and re-brand. But that would require more resources, more suppliers, and a lot more work.