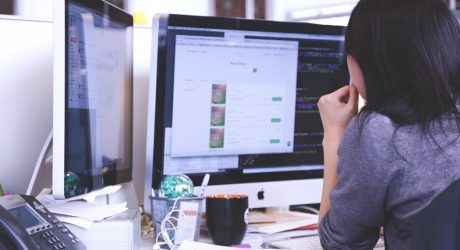 Web development is complicated. What was once the relatively uniform LAMP stack of Linux, Apache, MySQL, and PHP years ago has been replaced by nearly infinite variations. Multiple cloud providers, dozens of databases, hundreds of developer tools, and that is not even getting into the world of libraries. NPM, the Node Package Manager, lists about half a million packages that can be imported alone.

For software developers, the choices are dizzying, and there are limited vetted resources on the web to understand which combinations work well — particularly in production — and which do not. As the pace of technology accelerates, that increasingly means that engineers are spending more of their time just trying to keep up with the latest technology rather than actually building production-ready products.

Enter StackShare. The community, first launched in 2014 as a humble WordPress blog site, has now grown to over 200,000 developers sharing their technology stacks as well as advice on how to use them. Today, the company announced a $5.2 million Series A round led by e.Ventures. That’s on top of a $1.5 million seed round which TechCrunch covered just a few months ago.

When StackShare started, it was quite static, as users would just sort of list the technology they were working with. Yonas Beshawred, the founder and CEO of the company, started seeing opportunities in all of that data. “When we look at it, it is professionals finding and communicating with each other.”

As technology for developers has proliferated and matured, engineers increasingly need to stitch together existing solutions rather than roll their own code. “When your boss asks you for a new data pipeline, you don’t open a text editor, you do research,” Beshawred said. He analogizes this to “playing Legos” — the goal is to take existing building blocks and make something new out of them.

StackShare increasingly wants to be the place where engineers go to get actionable advice about what technology to choose when those sorts of research questions come up. The goal is not just to know that, say, Airbnb is using React, but who on Airbnb’s engineering team is actually coding it and what lessons have they learned from running it in production.

Beshawred describes the data that he is collecting as a “technology graph” connecting people to technology. The idea is that using StackShare’s search tools, a startup team could connect with veteran engineers at other companies who have worked with a stack and can help give advice on which ones work and which ones do not. You could search for companies using a specific database, programming language, and frontend library together and who are slightly larger than you, and learn much faster.

StackShare sees an opportunity in between other large developer platforms. “When you look at the biggest platforms, even the ones that focus on developers like Github and StackOverflow, they don’t focus on technology, they focus on code. StackOverflow has to be about a specific line of code. Github has the same problem, it has to be tied to a repo or a pull request,” Beshawred explained. “What we know as engineers, the world has moved beyond that.”

One new feature that the company announced mid last year is a product called Stack News. Developers often have dozens of products and libraries included in their code, and keeping up with all the news about each one of them is nearly impossible. Stack News can look at the technology that a user works with and send them a daily or weekly newsletter noting any changes or new thinking about the technology.

Long term, the company sees an obvious opportunity around recruiting as part of its business model, as well as some access for vendors. The company built Stack Match as a tool that allows recruiters to find the engineers that exactly fit their need. Beshawred said that “If you are a recruiter, we can search for people who have used Go on AWS for a Series B startup. Today you can’t do that anywhere else.” For engineers, StackShare can then become the technical resume that’s hard to show on sites like Microsoft’s LinkedIn product.