Jeff Bezos is now the richest person of all time! 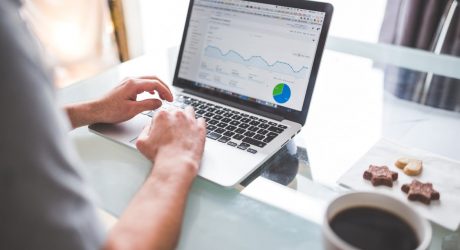 Forbes, the other major tracker of the net worth of the world’s richest, put Bezos’ net worth at a mere $104.4 billion.

The majority of that net worth comes from the 78.9 million shares of Amazon stock he owns. Shares of Amazon (AMZN) climbed 1.4% Monday, adding about $1.4 billion to his net worth.

Bezos’ other holdings include the Washington Post and Blue Origin, a private space travel business that intends to take tourists to space.

Bezos grabbed the title of world’s richest person in July, when he briefly passed Bill Gates. He moved back ahead of Gates in October. He first crossed the $100 billion net worth mark in November at the start of the holiday shopping season, once again helped by stock performance of Amazon.

The Microsoft founder is now worth $91.9 billion according to Forbes, and $93.3 billion by Bloomberg. That’s still enough to keep the No. 2 spot on both lists of richest people. But Forbes reports that his net worth was briefly above $100 billion back in April 1999, when the internet stock bubble helped to inflate the value of his holdings. Adjusted for inflation, $100 billion in 1999 would be worth $148 billion today.

But even without adjusting for inflation, Gates would still be worth far more than Bezos if not for his significant charitable contributions. Bloomberg said its analysis of his publicly disclosed donations shows that Gates has given away 700 million shares of Microsoft, worth $61.8 billion at today’s value, as well as $2.9 billion in cash, which would put his net worth over $150 billion.