Why crowdfunding will grow in 2018 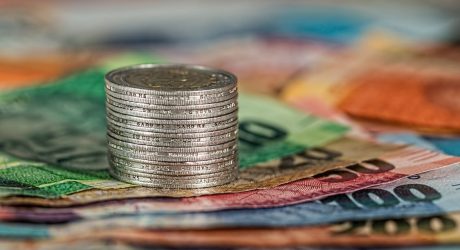 Crowdfunding is defined as “the practice of funding a project or venture by raising many small amounts of money from a large number of people, typically via the Internet,” says Wikipedia. By that definition, every time you bought wrapping paper or chocolates from your neighbor’s kid from down the street to help fund the school, you were, in a way, participating in a crowdfunding project.

The first record of a successful, online crowdfunding project was in 1997, when British rock band Marillion raised money through online fan donations for a U.S. tour. The band continued to use crowdfunding for studio albums as well. After Marillion’s successful crowdfunding campaigns, others, including filmmakers and artists, used the concept to help fund their own passions and projects.

Although crowdfunding has been around for centuries (in one way or another), it only began to gain traction in 2003, finally taking off in 2008.

Because most sites don’t set specific rules about the project and products you can ask to have funded, you can find all different kinds of projects. Some crowdfunding sites do have specific goals and projects that you can contribute to – Kiva, for example, allows funders to lend money to help people around the world with limited resources resulting from war zones, political instability, and high levels of poverty start their own businesses. GoFundMe typically hosts projects specific to individual communities, including funds for funerals, houses destroyed in fires, educational or professional trips that otherwise couldn’t be afforded, and so on; not all sites set such parameters or experience the same funding trends, though.

Ever since the launch of the more popular platforms a mere decade or so ago, crowdfunding has changed dramatically.

In the beginning, crowdfunding was seen more as a way for independent artists and creators to raise money for and bring awareness to their passion projects, which would otherwise have gone unfunded. Now, big brand companies are using the concept to help them test new products before releasing them. Then, there were only a few platforms — even up until 2012 there were less than 500 — but by the end of 2014, just two years later, there were easily more than 1,000 platforms to choose from, and that number has continued to rise.

Social media makes it easier than ever to connect with followers and generate funding momentum, and with so many entrepreneurs building their businesses today and crowdfunding being a relatively simple way to get development funds, crowdfunding will likely continue to grow in 2018. What’s more, these upgrades to the crowdfunding system are making the resource even more appealing to startups:

By now you’d have to be living under a rock not to have heard of bitcoin and other cryptocurrencies that are out there. Because cryptocurrency is virtual, it’s easy to purchase, transfer, and make payments with, and because certain crowdfunding platforms accept cryptocurrencies and certain projects (like Initial Coin Offerings, or ICOs) are even based on blockchain technology entirely, crypto makes crowdfunding that much easier.

As mentioned earlier, certain platforms (like Kiva) are dedicated to specific types of projects. While many of the most popular platforms tend to be somewhat general, platforms specific to projects and niches are popping up everywhere. No matter what type of project you want to have funded — from publishing to healthcare and science and back again — there are is a platform for you. Anyone and everyone hoping to crowdfund a project should be able to find a platform perfectly suited to their needs.

The ability for long-term support

Netflix is proof that we love a good television series. While traditional crowdfunding is typically a one-time deal (meaning that entrepreneurs tend to aim for one large lump sum to fund a particular project), it does have the potential to support artists, musicians, filmmakers, and other creatives who are looking for subscription crowdfunding to support a series or long-term investment project. This is a huge benefit for Youtubers, authors, and many others.

Believe it or not, there are people who manage crowdfunding campaigns professionally. Although you may not be interested in hiring a manager for a small project of only a few hundred or a couple thousand dollars, there are a lot of projects that require substantial backing to get off the ground. Hiring a professional campaign manager can help everyone involved in the project reach their audiences more effectively and appeal to those who are able to invest.

It appeals to investors

With crowdfunding so prevalent, investors are now more interested in projects that started with or will be supplemented by crowdfunding efforts. There are a number of reasons for this, but there’s no denying that the mitigation of risk and proof of marketability that crowdfunding offers an investor is an added bonus.

What kinds of crowdfunding projects have you invested in? Have you ever used crowdfunding for one of your own projects?