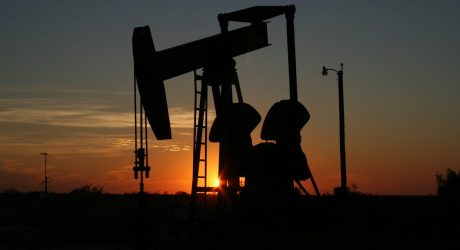 IN THE ARID, sun-soaked northwest corner of Australia, along the Tropic of Capricorn, the oldest face of Earth is exposed to the sky. Drive through the northern outback for a while, south of Port Hedlund on the coast, and you will come upon hills softened by time. They are part of a region called the Pilbara Craton, which formed about 3.5 billion years ago, when Earth was in its youth.

Look closer. From a seam in one of these hills, a jumble of ancient, orange-Creamsicle rock spills forth: a deposit called the Apex Chert. Within this rock, viewable only through a microscope, there are tiny tubes. Some look like petroglyphs depicting a tornado; others resemble flattened worms. They are among the most controversial rock samples ever collected on this planet, and they might represent some of the oldest forms of life ever found.

Last month, researchers lobbed another salvo in the decades-long debate about the nature of these forms. They are indeed fossil life, and they date to 3.465 billion years ago, according to John Valley, a geochemist at the University of Wisconsin. If Valley and his team are right, the fossils imply that life diversified remarkably early in the planet’s tumultuous youth.

The fossils add to a wave of discoveries that point to a new story of ancient Earth. In the past year, separate teams of researchers have dug up, pulverized and laser-blasted pieces of rock that may contain life dating to 3.7, 3.95 and maybe even 4.28 billion years ago. All of these microfossils—or the chemical evidence associated with them—are hotly debated. But they all cast doubt on the traditional tale.

As that story goes, in the half-billion years after it formed, Earth was hellish and hot. The infant world would have been rent by volcanism and bombarded by other planetary crumbs, making for an environment so horrible, and so inhospitable to life, that the geologic era is named the Hadean, for the Greek underworld. Not until a particularly violent asteroid barrage ended some 3.8 billion years ago could life have evolved.

But this story is increasingly under fire. Many geologists now think Earth may have been tepid and watery from the outset. The oldest rocks in the record suggest parts of the planet’s crust had cooled and solidified by 4.4 billion years ago. Oxygen in those ancient rocks suggest the planet had water as far back as 4.3 billion years ago. And instead of an epochal, final bombardment, meteorite strikes might have slowly tapered off as the solar system settled into its current configuration.

“Things were actually looking a lot more like the modern world, in some respects, early on. There was water, potentially some stable crust. It’s not completely out of the question that there would have been a habitable world and life of some kind,” said Elizabeth Bell, a geochemist at the University of California, Los Angeles.

Taken together, the latest evidence from the ancient Earth and from the moon is painting a picture of a very different Hadean Earth: a stoutly solid, temperate, meteorite-clear and watery world, an Eden from the very beginning.