Apple, Amazon, Alphabet: The race to a trillion dollars 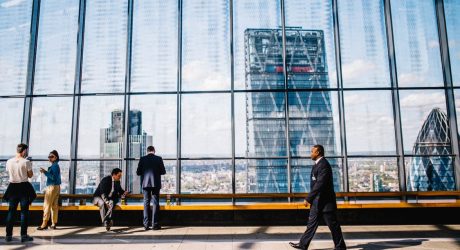 When it comes to predictions for 2018, most financial analysts agree on one thing: one tech firm is likely to become America’s first ever trillion dollar company.

The question is: which one will it be?

On Thursday, we’ll get a big clue as to who might hit that incredible milestone first, as the three biggest tech giants in the US release their latest results.

Could it be Apple?

That largely depends on its latest and supposedly greatest smartphone, the iPhone X.

If sales are strong – and they’ll need to be very strong – Apple’s value will hurtle towards a trillion dollars in no time at all.

With a higher price tag – $999 – the iPhone X wouldn’t need to break sales records in order to draw record profits, and convince investors Apple still has the ability to bring innovation to its biggest product line by far.

But there have been reports lately that suggested Apple could cut its production targets for the device by almost half. That’s not what investors wanted to hear.

Still, even if iPhone X sales are modest, the company is still expected to report revenue growth of more than 10%. That would put it nicely on track to hit a market value of $1tn by the end of the year.

To increased synergies, and beyond

Chief executive Jeff Bezos is now comfortably the world’s richest man. The share price of his company rose by more than 50% in 2017.

Most of that was fuelled by big growth in its cloud business – Amazon Web Services.

But the company now also has Whole Foods in its portfolio. There is talk of “increased synergy opportunities” here – the overlap of Amazon tech and Whole Foods physical locations could be extremely lucrative. The opening of one concept retail store last month was enough to give shares a bounce. Surely just the beginning.

What will probably hold Amazon’s value back, however, is the rate at which it will spend money. It is expected to spend more than $4bn creating content for its Prime TV service as it continues to tussle with Netflix.

There’s continued investment to be made in its Alexa assistant. Last year, Amazon told us it had more than 5,000 people working on developing the technology, which is going toe-to-toe with Google’s assistant system.

And in an effort to bring quicker delivery of more stuff to more people, Amazon is also opening more fulfilment centres in markets all over the world.

So that’s a lot of spending – and that’s before it starts building its second headquarters, wherever that may end up being. No wonder GBH Insight’s Daniel Ives told Amazon investors they were looking at a period of “short-term pain” but “long-term gain”.

OK then, so what about Alphabet?

The parent company of Google is expected to report overall revenues that are up by about 20% on this time last year. But, as ever, that’s mostly from search advertising and YouTube, its big earners.

If Alphabet is to get over that trillion-dollar mark, it’ll need to boost income from areas other than advertising.

Keep a close eye on how well its hardware is performing – the Pixel 2 phones came out last year, and there was a huge marketing push for its Google Home assistant.

Did it work? When it comes to hardware, Alphabet isn’t in the same league as Apple. But any promising signs there would have investors jumping for joy. So too would big gains in cloud computing – which is another thing analysts unanimously expect. Google’s market dominance in artificial intelligence could be useful if it wants to close the gap on Amazon Web Services.

As I write this, it’s Apple, with a value of $860bn, which is closest to that $1tn mark. Amazon rests at just under $700bn, while Alphabet jostles at $817bn. Which one will make it past this phenomenal, symbolic milestone?

You know, maybe they all will.