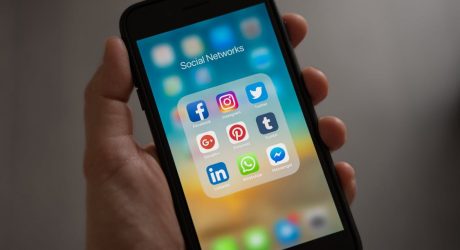 On Tuesday, more than a dozen organizations and about 100 health experts sent a letter to Facebook CEO Mark Zuckerberg saying the new chat app will likely damage a child’s healthy development.

The effort is led by the Campaign for a Commercial-Free Childhood (CCFC), an advocacy organization working to combat exploitative marketing to children. Other groups who signed the letter include the ACLU of Massachusetts, Media Education Foundation, Defending the Early Years and Parent Coalition for Student Privacy.

“Raising children in our new digital age is difficult enough,” the letter said. “We ask that you do not use Facebook’s enormous reach and influence to make it even harder.”

The experts argue that younger children are not ready to have social media accounts.

CNN has teamed up with foreign exchange experts, moneycorp, to provide you with CNN Money Transfers.

“They are not old enough to navigate the complexities of online relationships, which often lead to misunderstandings and conflicts even among more mature users,” according to the letter.

In addition, the organizations said the demographic doesn’t have a fully developed understanding of privacy, such as what content is appropriate to share with friends or who has access to their conversations, photos and videos.

In December, Facebook unveiled Messenger Kids, which lets young users talk to their friends and make video calls. Facebook’s policy still requires users to be at least 13 to sign up for the main site.

Facebook (FB) said it took steps to address concerns, such as working with a committee of about a dozen experts and more than 250 online safety organizations to develop the app. It also met with parents across the U.S. to hear the major concerns about their kids using technology.

The company also put in safeguards for cyberbullying, such as the ability to flag inappropriate content and block users. The app does not include ads.

However, even those steps are not enough to quell those experts’ fears.

“Even if these safeguards are effective, the app’s overall impact on families and society is likely to be negative, normalizing social media use among young children and creating peer pressure for kids to sign up for their first account,” the letter said.

A Facebook spokeswoman told CNN Tech the company has no plans to shut down the Messenger Kids app.

“Messenger Kids is a messaging app that helps parents and children to chat in a safer way, with parents always in control of their child’s contacts and interactions,” Facebook said in a response to the letter. “We continue to be focused on making Messenger Kids be the best experience it can be for families.”

Kristelle Lavallee, content strategist at the Center on Media and Child Health at Boston Children’s Hospital and a member of Facebook’s Advisory Committee which helped develop Messenger Kids, said the letter highlights an “alarmist” perspective and shows a lack of understanding of the app.

“The whole idea of this tool is that parents are in control and can help scaffold their child’s learning,” said Lavallee. “Facebook needs to make sure it’s doing the due diligence of educating parents how to use Messenger Kids safely and effectively with their children.”

The letter does not acknowledge the parental controls Facebook put into place. Parents must set up a child’s Messenger Kids account and approve with whom they can communicate (parents must be friends on Facebook to do so).

Facebook said it plans to add more parental controls, such as a tool that could prevent kids from using the app during bedtime or while doing homework.

The company also said it is looking for new ways to educate parents about how to best use the app.

Facebook isn’t the only tech company facing criticism for its role in kid’s use of technology.

Earlier this month, Apple (AAPL) came under fire by major investors, who said the tech giant should do more to prevent iPhone addiction among young people. Several recent studies have pointed to damaging effects of smartphone addiction, such as insufficient sleep and higher risk of depression.

“There’s a ground swell of people [such as Apple investors] saying big tech needs to think about their impact upon children and not just about their bottom line profit,” David Monahan, campaign manager for the CCFC, told CNN Tech.

The CCFC has successfully stopped McDonald’s (MCD) from advertising on report card envelopes and convinced the NFL to discontinue a controversial online fantasy football game for kids.