Long Before Amazon Go, There Was Keedoozle 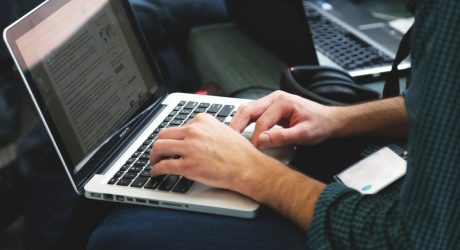 Maslow’s motivational pyramid is but a house of cards if we don’t eat. And ever since we started shoving sustenance into our gullets, our species has devised means to do it faster—lest we beleaguer our journey to transcendence.

In 2011, a team of archaeologists working near Kenya’s Lake Turkana unearthed several stone tools in sediment that was 3.3 million years old; they were the oldest ever found. From this starting point chiseled from stone, the parabolic arc of meal-gathering technology—arrowheads, taming wheat, spears, domesticating goats, irrigation, barcode scanners—has traced a path squarely through the turnstiles of Amazon Go.

Amazon on Monday opened its first cashier-less convenience store in Seattle with the typical fanfare that accompanies just about everything Amazon does. After a 14-month internal trial, anyone with an Amazon Go account can now scan their smartphone at the door and go to town. Customers pick up any items they want and just walk out, all the while an array of sensors and cameras completes the transaction and tracks inventory. In keeping with trendy tech ritual, famished technomaniacs formed their customary, pre-dawn line outside, eagerly awaiting their chance to partake in hyper-efficient, faceless transactions. The irony wasn’t lost on some:

“This is the future of grocery shopping,” Yuval Fleming, among those standing in line, told the USA Today and KING 5 on Monday. Here, Amazon’s mantra for the future of grocery is “Just Walk Out.” It’s a catchy, three-word ode to convenience that has an uncanny echo in the halls of history.

Eighty years ago, Clarence Saunders, the founder of Piggly Wiggly grocery stores, also saw the future of grocery shopping. In 1937, he opened the first automated grocery store in Memphis, Tennessee.

His three-word ode to convenience: “Key Does All”.

The Future, 80 Years Ago

When it came to 20th-century grocery innovators, Piggly Wiggly was at the tip of the spear. Saunders founded the company in 1916 at a time when customers still handed their grocery lists to clerks awaiting their business from behind a counter. Clerks gathered all the items; customers didn’t roam the store. You didn’t touch your groceries until you had paid. Saunders flipped the script, as they say.

He designed his stores with aisles of goods, allowing customers to journey through the store and pick up  foodstuffs at their leisure. The approach saved on overhead costs, and allowed Saunders to cut prices—ever the goal of grocers. He patented this “self-serving store” concept in 1917.

Seriously, selecting your own food at the grocery store was a massive paradigm shift.

Piggly Wiggly’s business thrived into the early 1930s with their innovative model, but it all came crashing down when Saunders attempted to ward off a pack of short-selling wolves of Wall Street who were looking to squeeze Piggly Wiggly’s stock. Saunders is best known for his audacious attempt to buy all his company’s stock shares, corner the market and leave the short-sellers hanging out to dry. He despised Wall Street types. It would be sweet revenge.

He came so close, but failed when Wall Street changed rules of the game. Saunders owed millions, and was eventually forced to break Piggly Wiggly apart.

Health experts urge Facebook to shut down Messenger Kids
On Tuesday, more than a dozen organizations and about 100 health experts sent a letter to Facebook CEO Mark Zuckerberg saying the...